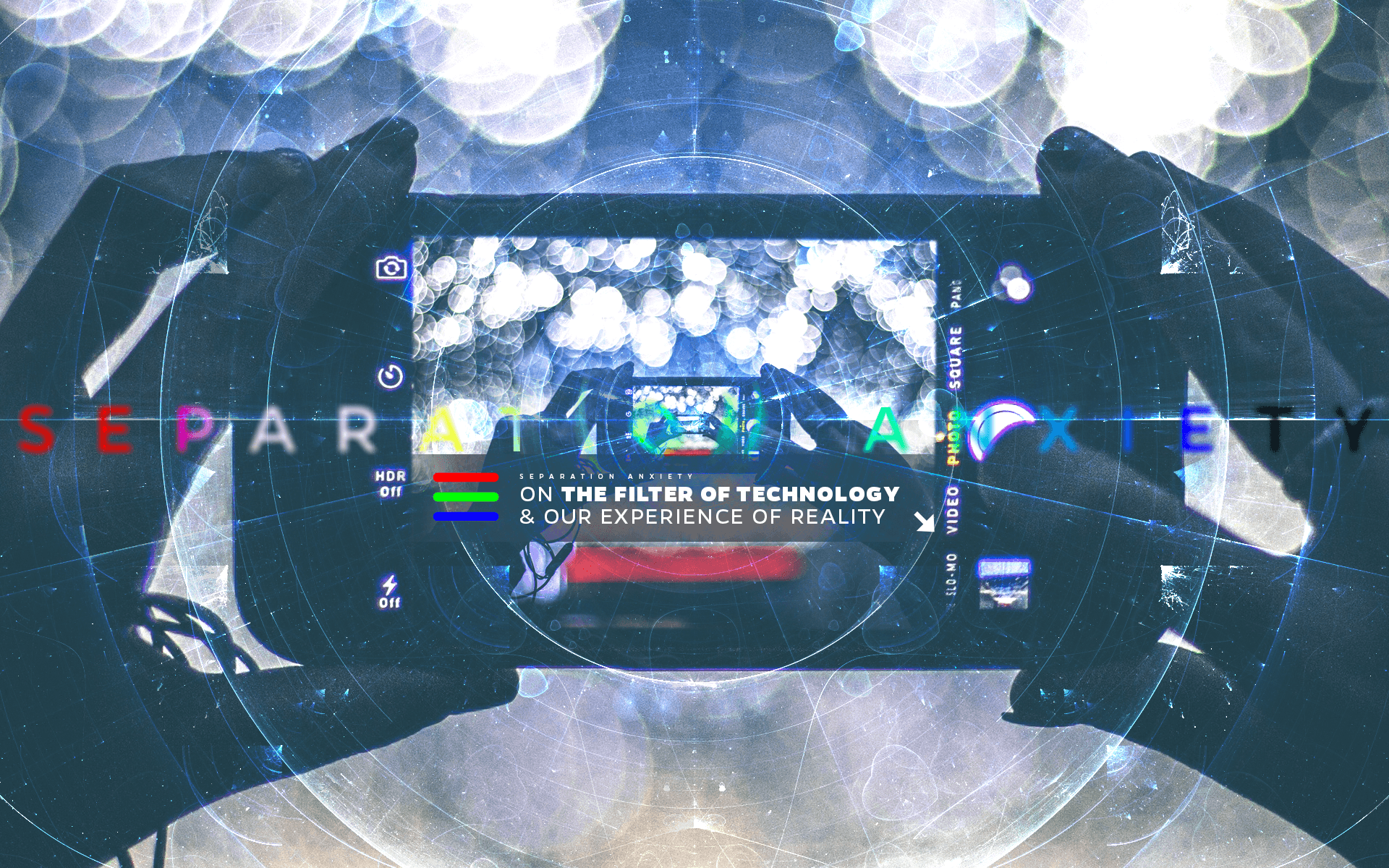 If you haven’t heard of Pokémon GO yet, that rock you’ve been living under may be a Golem (#76 in the Pokédex, Rock/Ground type, and you’ll need at least 125 candies to evolve into it from Geodude). Niantic’s augmented reality smartphone application — released in the United States starting July 6th — has since become one of the most successful mobile applications ever, with reportedly over 75 million downloads at the end of July, and counting. The premise of Pokémon GO is simple — download the free app, use your smartphone to enable GPS, and catch and train Pokémon in your own neighborhood utilizing points of interest (churches, parks, museums, art installations, graveyards, graffiti, parking lots, actual trash; as the data was crowdsourced, it can lead to some strange designations). Games resembling Pokémon GO’s premise have been released before, to some popularity. Indeed, its main location database comes primarily from Ingress, Niantic’s previous attempt at a smartphone game that utilizes real GPS points, released in 2012. Before Ingress came Plundr in 2007, which used Wi-Fi hotspots instead of interest points, and even before that there were alternate reality games overlaid on user’s actual location.

So what makes Pokémon GO so different? Part of it comes from the ease of play — there’s no start-up cost to playing the game, as long as you have a smartphone. The app is free for download, and free to play (albeit slowly; in-app purchases are available to help speed up the leveling process, which becomes next to impossible to achieve without paying the higher you go). Unlike many other games, there isn’t a separate console or technology necessary to acquire.

How long has it been since we’ve all been running around in parks, making new friends and talking about being the very best, like no one ever was? Another large part of Pokémon GO’s popularity comes from its augmented reality function and the inherent social media opportunities involved. Within the game, you have the option to use your phone’s camera to catch adorable animated animals ‘in the wild,’ wherever you happen to be at the time. Pokémons will spontaneously spawn on sidewalks, in parks, and nearby monuments; but also in your kitchen, in a gutter, and even on top of the head of a stranger walking in front of you. The Instagrams, Snapchats, and Tumblr memes can almost write themselves. In the sharable part of the game, it reads very much like Snapchat, in which a photo of reality is also a canvas to draw on or to filter. However, Pokémon GO adds a more fantastical element — a way to access the imaginary in our day-to-day life. Finding a monkey (Mankey) hiding under your bed, or a (Psy)duck in the fountain, or, god forbid, a (Magi)carp in your toilet, allows you to experience a fantasy world in a different way than what has truly been available before. At the same time, the Pokémon images remain in their same, more primitive renderings; 2D pocket monsters forced into a digital world. This simpler quality can help avert the uncanny valley, where animations and image renderings that seem too close to reality actually tends to make the audience uncomfortable and even repulsed (think The Polar Express, which was described by CNN as “at best disconcerting, and at worst, a wee bit horrifying”). However, the simple renderings have another bonus: that of letting the players use their own imaginations to enjoy the game, the Pokémons they encounter, and their own memories of the pocket monsters from their childhood.

Pokémon GO is a global phenomenon, dragging its users, young and old, out to see their neighborhoods, meeting their neighbors with the same interests, and generally forming a community that wasn’t there before, and remains there after the app has been shut down. One of the main characters of the Pokémon series, Ash | Source: YPulse

Ultimately, the popularity of Pokémon GO comes from the name. Nostalgia is a powerful motivator, and if you’re a millennial who didn’t spend a better part of your childhood playing, trading, battling, and/or watching some version of Pokémon, you certainly knew a group of kids who did. Now, with this new app, we can finally achieve our biggest childhood dreams and actually go catch wild Pokémon in the parking lot of the gas station three blocks from our house (or was that just my dream)! But in all honesty, it’s hard to imagine another game that would allow for such instant, viable connections between complete strangers standing in a park staring at their phones. People playing the game have already found & formed bonds with their teammates, and rivalries with their enemies. Although the game itself doesn’t allow for player-to-player interaction, it does involve walking in public waving your phone around and frantically swiping in one direction. Once you know what you’re looking for, you can almost always tell who’s playing and who’s not. And even without the spontaneous recognition of other players on the streets, a community has been forming around the game. There have been organized Pokémon meet-ups, Pokédates, and stampedes of people when a rare species is sighted. How long has it been since we’ve all been running around in parks, making new friends and talking about being the very best, like no one ever was?

[The Pokémon GO] community revolves around swinging your smartphones around to catch fictional animals, but it is a community all the same, and one that shouldn’t be overlooked. Of course, having people wandering around urban areas with their eyes glued to their phones even more than usual can’t always be a good thing. So far, Pokémon GO users have been injured and robbed. As the game doesn’t allow for homes or business opting out of being PokéStops — which some places have viewed as a benefit (businesses attracting new customers; higher national, state and local part interest and attendance) — there have been complaints ranging from loitering to trespassing to disrespecting the dead. This is in part because the location data was imported from Ingress without oversight or input from the owners of those locations. The situation has evolved into people’s private homes and property being marked as PokéStops or gyms, causing complaints as homeowners suddenly find themselves chasing people off their property looking for a Pikachu. The policy of public places, such as monuments or gyms, being designated as PokéStops also caused justified controversy, as players began to play the game within more sensitive and sacred locations, such as the Holocaust Museum in Washington, D.C. and Arlington National Cemetery in Virginia. Although Niantic has been speedy about removing such controversial locations, the process is not yet official or streamlined, and still does not allow owners to opt out of such location markings. The game, in a recently released update, now begins with alerts such as “Do not trespass” and “Do not enter dangerous areas” while playing Pokémon GO. Additionally, it now reminds users when they move above walking speed that Pokémon GO should not be played while driving, and reduces the amount of Pokémons appearing while at driving speed. Although the argument can be made that technology has always allowed people to act reckless and irreverent before the advent of Pokémon GO (texting while driving, smiling selfies at reverent locations) there remains controversy about the level of responsibility the game — and Niantic — has over its players.

However, with these unexpected issues caused by the game, there are also unexpected benefits. Twitter has been inundated with posts and stories about how Pokémon GO has helped people struggling with depression and anxiety find the motivation to go outside, into nature, and form stronger relationships, with family, friends, and strangers alike. Although these posts remain anecdotal in form, the game does encourage outdoor exercise, which has repeatedly been found to be beneficial for mental as well as the obvious physical health — walking is one of the best forms of exercise, and the game requires a lot to hatch Pokémon from eggs (distances vary from 2-10km). The game is also surprisingly educational. The PokéStops can be anything of interest, which leads players to find new points of interest in their neighborhood they never knew about before, be it a sculpture hidden behind their apartment building, a mural on the side of a building, or the Alley of Russian Poets — an installation of plaques dedicated to ten different Russian poets from the 19th- and 20th- centuries. I have lived within three blocks of the Alley for years, and never knew it was there until last month.

Pokémon GO adds a more fantastical element — a way to access the imaginary in our day-to-day life. For better or for worse, Pokémon GO is a global phenomenon, dragging its users, young and old, out to see their neighborhoods, meeting their neighbors with the same interests, and generally forming a community that wasn’t there before, and remains there after the app has been shut down. People have been creating paintings, digital art, ad campaigns, even crocheted Pokémon to be placed at PokéStops for fun. This continuance of overlaid reality into the real world is a testament to how strong this newly-formed community can be. Granted, that community revolves around swinging your smartphones around to catch fictional animals, but it is a community all the same, and one that shouldn’t be overlooked. 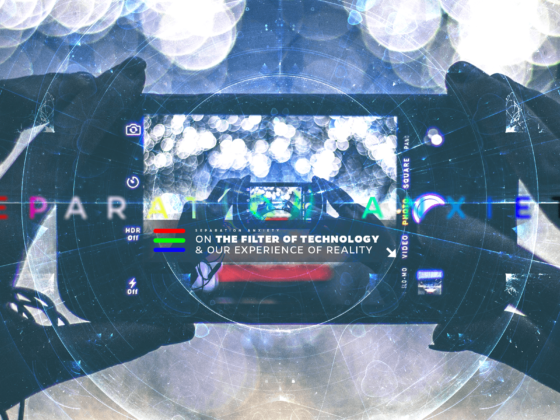 Separation Anxiety: On the Filter of Technology & Our Experience of Reality

Bringing ‘Live’ Back to Life: Technology and Its Use in the Theatre