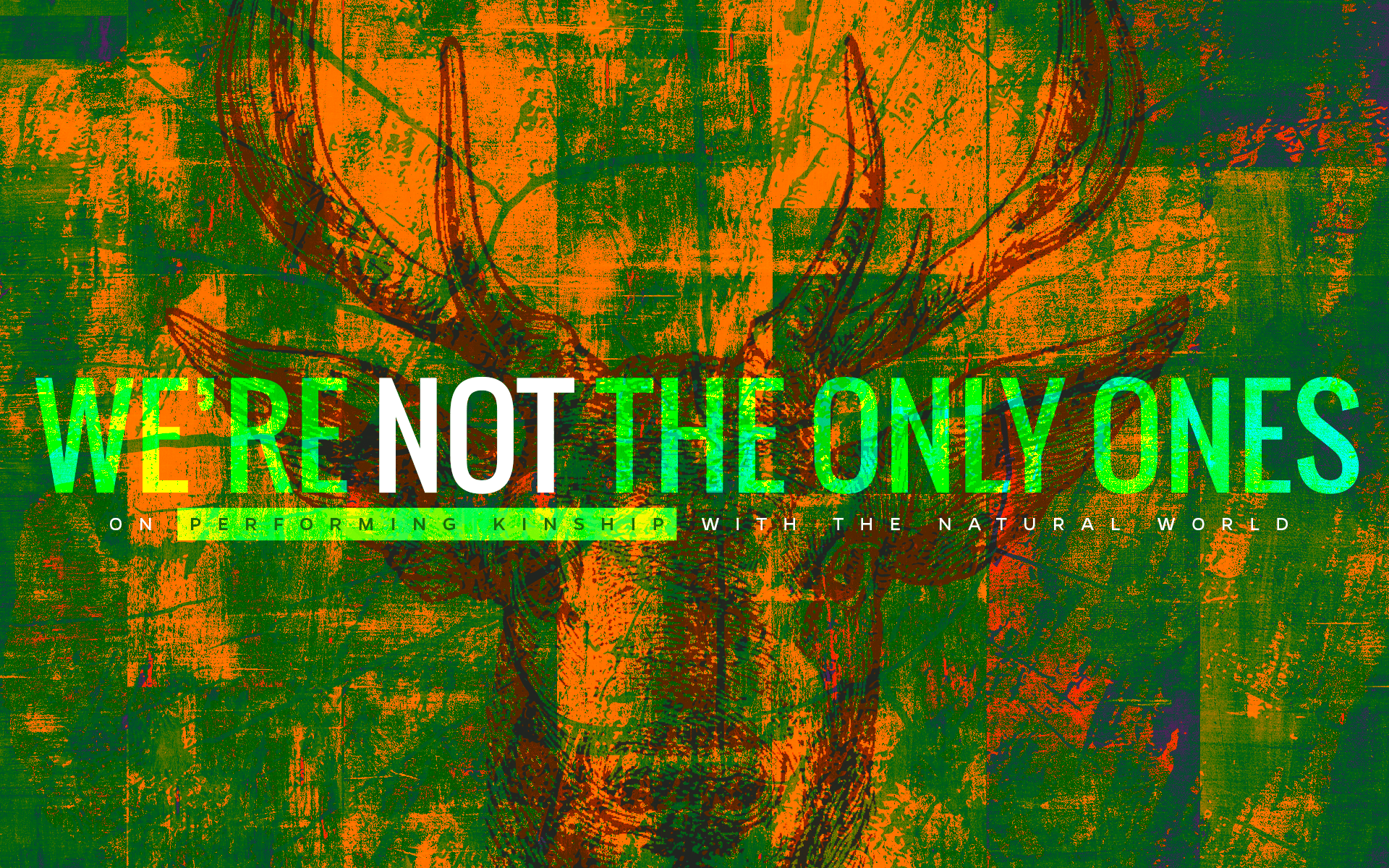 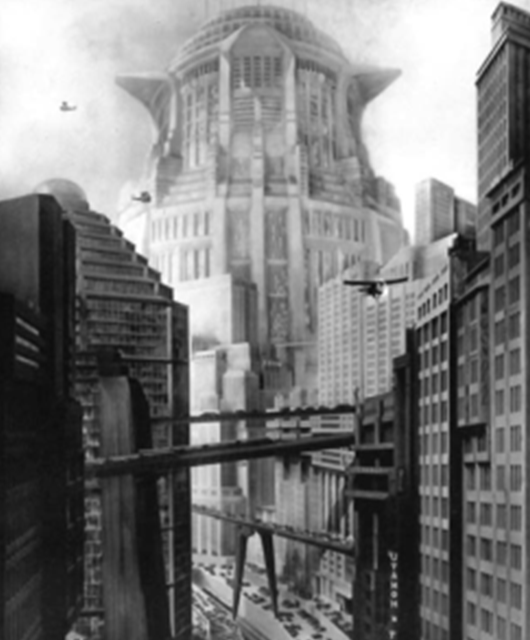 Neil Gaiman’s American Gods paints a picture of world in which the Gods are real beings, struggling to subsist in a modern world that no longer values their relevance. Members of every pantheon use means from seduction to corporatism to fraud to murder to manipulate humans into supplying the tribute they need in order to survive. They feel their power waning as humanity finds new processes by which to obtain its goals, no longer relying on ritual or a sense of exchange with the sacred and supernatural to meet its needs. In their place, he posits (using references from the early 2000s that are somehow both dated and relevant), humans have begun to worship technology and science.

None of these [imagined myths and entities have] a physical existence — rather, they are all narratives that humans have created around physical realities. Ori Soltes, a scholar of art, religion, and philosophy at Georgetown University, introduces his class on magic and religion by explaining the etymology of the word “religion,” which derives from the Latin for “to bind back.” In his argument, ritual served as a tool to enter into contract with the forces beyond to implore them for help, support, or just safety from their wrath. He describes the forces as the “sacer” — a Latin word from which we get both ‘sacred’ and ‘sacrifice.’ In his argument, ancient religious rituals sought self-preservation via worship. They derived an attempt to comprehend what the mysterious forces beyond us wanted or didn’t want, and behaved accordingly in order to petition those forces to provide for our needs or not to harm us. We turned to them in awe, in plea, and in fear of consequence. In the modern, as Gaiman’s allegory beautifully illustrates, we no longer operate from the same sense of obligation to these forces beyond. Instead, our rituals and worship, by which we hope to gain the answers to our prayers, respond to such modern systems as science, technology, logic, government, and capital. These forces also promise access to well-being and protection for the communities who participate in their rituals.

This raises the question of what mythologies and corresponding imagined realities might help us pivot to a new type of relationship — one in which we associate our own fate with that of the natural world again.

I recently started reading Sapiens: A Brief History of Humankind, by Yuval Hariri, who, in his book, helps tie the ways humans responded to religious pantheons to the ways we now respond such entities as science, technology, and the state. In the early part of the book, he traces the ascent of humankind and the forces that allowed us to be the dominant environmental forces we now are. In particular, he describes the power of human speech as being able to create, communicate about, and organize around “imagined realities.” Our language allows us to organize large groups of people and their behavior around myths and entities that exist exclusively in our minds. These are the entities by which we order our actions. None of these things has a physical existence — rather, they are all narratives that humans have created around physical realities. From religious pantheons to the law, the corporation, or science, these imaginary structures provide guides for our behavior. Over time, in Hariri’s words, “The imagined reality became ever more powerful, so that today the very survival of rivers, trees, and lions depends on the grace of imagined entities such as the United States and Google.” In other words, the fate of physical realities depends on the actions dictated by the imagined ones. One of my favorite books, Ishmael by Daniel Quinn, makes the case that our perception of evolution itself is a myth around which humans have structured our relationship to nature. He argues that, from the way the story is currently told in modern culture, we derive the perspective that mankind is the pinnacle of evolution, the entity for which the world was made. This perspective creates a sense of binary between ourselves and “nature” and treats natural forces as chaotic, best submitted to human control. However, in his argument, our mythology has also built in the idea that our human flaws prevent us from being able to run the world without making mistakes. In Quinn’s perspective, the mythology of our own necessary and rightful supremacy, combined with our perception of our inborn flaws, is the basis for most modern societal structures. The resultant relationship to nature, he argues, will inevitably continue to lead the fate of rivers, trees, and lions in such a dangerous direction.

It seems that part of the challenge today is that the non-religious mythologies and institutions of modern man do not include a relationship to the environment in their rituals. This raises the question of what mythologies and corresponding imagined realities might help us pivot to a new type of relationship — one in which we associate our own fate with that of the natural world again. Historically, numerous religious practices strove to cultivate and maintain a relationship with natural forces. Such rituals often entail both a practical element and a gratitude element — both equally important in the eyes of someone who believed that their interaction with both this world and the next are equally valuable in creating results. Jewish holidays, for instance, mostly stem from agricultural cycles and practices, and the modern rituals still reference ancient practices whose purpose was to promote or celebrate a good harvest. In the words of Soltes, in a recent interview on religion and climate change, the texts of the Abrahamic faiths speak of humans “very emphatically […] as caretakers, of stewards of the planet.” Much more recently, Pope Francis dedicated his entire 2015 encyclical, a papal letter regarding Catholic doctrine, to addressing climate change — an unprecedented move for a Pope. He appealed for a care-focused interpretation of Biblical texts, arguing that we “must forcefully reject the notion that our being created in God’s image and given dominion over the earth justifies absolute domination over other creatures,” addressing the very issue that Quinn notes. If we can eliminate the distinction between nature and ourselves, we might be more ready to see the consequences of our actions towards nature as consequences we face as well. He also directly pointed out the consequences for humans in addition to our responsibility for cleaning up our own mess.

It seems that part of the challenge today is that the non-religious mythologies and institutions of modern man do not include a relationship to the environment in their rituals. Without such structures to dictate respect to the earth, the other imagined realities that dominate and order modern day life — industry, technology, business, money, beauty — have no accountability to the forces of nature. However, because these forces serve similar roles in our lives, they may also have the capacity to make a similar appeal to our better selves, our moral codes, or at least our fear of consequences. Though traditional faith may not be trendy, a modern godless pantheism seems to be. According to a recent Pew study, though religious affiliation has decreased, people report feeling an increased sense of wonder towards the universe. Atheists, in fact, are more likely to report that they feel this way. A spirituality based on one’s sense of connectedness, of oneness with everything, has the capacity to compel people to respond with the exact “sacred, affectionate and humble respect” for nature and the world as a whole that Pope Francis called for in his encyclical.

This case for environmental sustainability, much like that of religion, calls upon the existing rules, norms, and values of the existing institution as a motivator for change. Responding to this sense of awe, in addition to a fear of consequence (i.e. death by climate change), the other institutions that shape our world may also offer possibilities of new “green” rituals in which our society can participate. Nordic countries, for example, are exerting the power of the state to lead individuals towards environmentally sustainable practices. For example, former Finnish Prime Minister Mari Kiviniemi recently stated that, “Our abilities and our natural resources will take us to the top of international development. The green economy opens up enormous possibilities for us to become successful in these markets.” As of yet, they still have not focused their philosophical approach into codified rituals (an action plan), which remains a source of concern. However, this case for environmental sustainability, much like that of religion, calls upon the existing rules, norms, and values of the existing institution as a motivator for change. If we want to see change from within the realities we have today, this seems to be the best approach. Simultaneously, Apple, which epitomizes the modern cults of technology and progress, is signaling its dedication to make a difference on the environmental front. They are positioning themselves as leaders setting an example by focusing on environmental impact at each stage of their production process, and they have consistently brought down the impact of their products over time. Again, there is a case to be made for this being a ‘corporate’ strategy — but if we need corporations to be the imagined realities from which we derive our new behaviors, and they create ritual around a demand for preservation of the earth, is that so bad? If the modern day god that is the tech industry can take the lead in ritualized environmental responsibility, perhaps we still stand a chance. There is a complex confluence of factors involved in climate change, most of which derive from the complex structures humans have built out of nothing but ideas. However, we rely on the power of these ideas, and their associated entities, to drive us, to structure our action, and to establish our norms. Whatever the realities may be that we’ve created around ourselves, if they can lead our actions towards collaboration with the earth, rather than exploitation, we may be able to stabilize. The imagined realities in which we operate are perpetually shifting, and we can change and reform these structures more easily than we can rebuild our planet. The onus of our survival is on us, and it demands that we prioritize the survival of our planet. 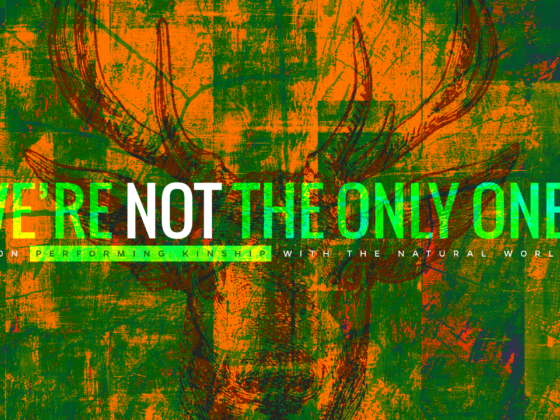