Cooking with Good Confidence: An Ode to Ina

Ina Garten’s trademark catchphrase echoes in my brain whenever I present a dish to friends and family — accompanied by an image of her warm, Buddha-like grin and whispers of her comfortingly mellow timbre. Those four words alone helped turn my default-setting in the kitchen from anxious excitement to calm contentment. Ina’s carriage as a home cook — she insists that she is not a chef, despite anyone’s argument to the contrary — has spread from her countless Food Network episodes and cookbook covers even to meme stardom. (There are at least three Buzzfeed articles that compile the best of the Ina memes.) 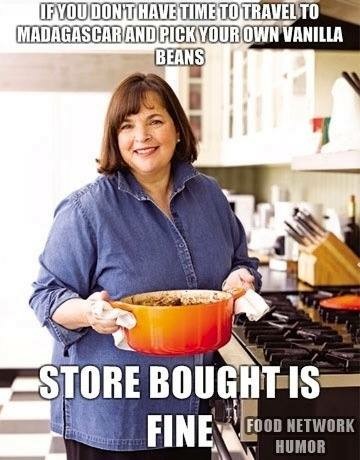 There may be no higher form of flattery from the millennial generation than to be canonized in the meme universe. The real testament to the power of Ina memes is that they are often unchanged from their original utterances. For example, Ina’s common refrain, “If you can’t make ____ from scratch or homemade, store bought is fine” — with the concluding “fine” carrying equal parts reassurance and ever-so-slight judgment — has been adopted to myriad contexts, some not even culinary in nature.

In Ina’s kitchen, there’s nothing worth worrying over, only things worth making even better

It’s not a controversial statement to say that Ina Garten is to my generation what Julia Child was to generation X’ers. The historical similarities between the two are obvious: both turned away impressive government careers to devote themselves to their culinary pursuits; both have well-documented Francophile sentiments; and both maintained mutually-adoring partnerships with their husbands who remain, by all accounts, two of the best-fed people in American history. There is a buoyant joy innate to both culinary goddesses that lifts them effortlessly from our television screens straight into our hearts. It’s with the same light-heartedness with which Julia Child simply — and hilariously — scooped up the potato pancake she’d accidentally dropped on the floor after a daring one-handed flip back into the frying pan, that Ina reminded us in a 2011 interview at Google, “Never let ‘em see you sweat.” That relatable, all-too-familiar moment in any home cook’s head — “Oh shit, that doesn’t look right” — is translated in the minds of Julia’s and Ina’s alike into, “No problem, what can I make with this?”

Ina Garten: “Barefoot Contessa: How Easy Is That?” | Talks at Google | Source: © Google/YouTube 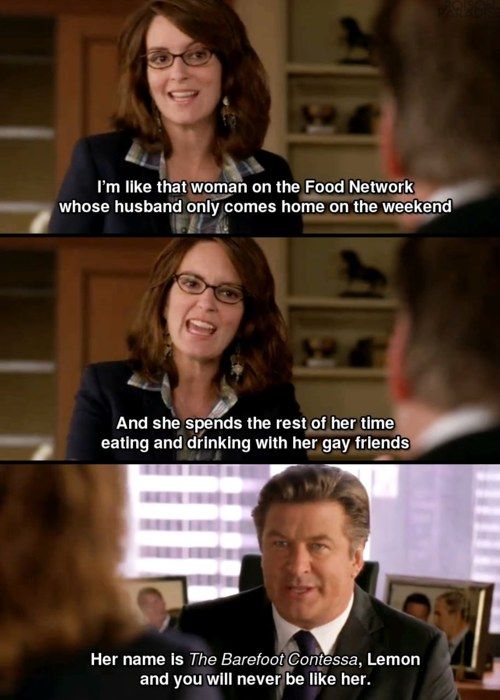 It’s not that Ina can’t be bothered, it’s that she’d rather — no doubt with a healthy laugh and a wide smile — do it her way: a way that prioritizes the simple over the stressful, the communal over the egotistical, and the undeniably-YUM-good over the “that’ll do”-meh-acceptable. In Ina’s kitchen, there’s nothing worth worrying over, only things worth making even better — something that involves, more often than not, doing more with less. In that same 2011 interview at Google, Ina remarked that often the difference between an okay dish and something really “fabulous” are two ingredients found in relatively every kitchen: salt and pepper. With these two basic yet life-changing tools in hand — along with a toolkit of accompanying “good” quality ingredients, such as good extra-virgin olive oil, good chicken stock, and good vanilla extract — one can elevate the ordinary into the extraordinary.

And yet, some of Ina’s tips and tricks might seem a bit too traditional, antiquated even, for some 20-somethings. Her 2016 publication Cooking for Jeffrey created an indignant stir among a throng of culinary-literate millennials, who protested the semantics of the title as propagating the un-feminist notion that wives cook for their husbands, in the kind of 1950’s-housewife scenario we claim to have societally (or at least generationally) already shed. The fretting feminists were quickly assuaged, however, when they delved further into the cookbook, and found that there was nothing to fear; in fact, Ina made clear that this collection of recipes for Jeffrey was first and foremost a dedication in thanks for his continued support and encouragement of her, but also a demonstration of one of her core culinary tenets: that the purpose of all of this — of all the salt and butter and whisking and roasting — is to ultimately share the end product (ideally, as she has with Jeffrey for sixty years, with someone you love and care for). Company is to eating what salt and pepper are to a recipe: enhancers of experience, elevators of elegance.

To be clear: yes, Ina and Jeffrey live in the Hamptons. And yes, Ina does have a ridiculous house/garden/barn/library complex that has gradually expanded over the years. And yes, her husband spends his weeks in New Haven at the Yale School of Management and returns every Friday ready with kisses and flowers and eager to try that week’s new variant of roast chicken. And yet there is nothing exorbitant or unnecessarily materialist about Ina’s life. Her house is oft warm with company and her door kept open, awaiting a casual lunch with a neighbor or a befriended florist. At its core, the stuff of Ina’s lifestyle is sustained by convivial gatherings with close friends sharing food that has been made with care.

You don’t need to have made every single recipe of Ina’s to know her style, or even inhabit it in your own way. It’s an aesthetic; a mentality; an attitude, even. I’m not even sure that I’ve made more than six of her recipes in total, and yet it wasn’t through cooking those few recipes that I grew as a home cook, but rather the overwhelming sense that with each sprinkling of salt, each squeeze of fresh lemon juice, I was espousing those actions with the same thoughtfulness and purpose that Ina had originally intended for them.

At its core, the stuff of Ina’s lifestyle is sustained by convivial gatherings with close friends sharing food that has been made with care.

And so, with Ina’s blessing, I’ve begun branching off into my own recipe creation process. I don’t tend to make new recipes when I’m just cooking for myself, however. It’s when I think about who else I’ll be enjoying the food with, when I consider what’s in season, or even when I think about combinations of dishes that marry well together that I my culinary juices start flowing. And when I get a really, truly, good idea — one that must have already been thought up by the Barefoot Contessa herself — I like to think I hear a quiet, “Oh, how fabulous!” And with that, I’m off to the kitchen.

* To bring out extra flavor from your pine nuts — and give your pesto even more depth of flavor — dry roast them in a pan over low heat, juuuust until you can detect a waft of pine nut aroma in the air. Dry roast means putting the nuts in a non-stick skillet without any oil or butter (the nuts have enough natural fat in them), and stirring them continuously to avoid burning. Once they are lightly toasted, turn off the heat and add the pine nuts to the pesto ingredients.

Preheat the oven to 415 oF. Fill the spaghetti pot with water, and set it to boil.

Prep the shrimp: Add the peeled and deveined shrimp to the mixing bowl, along with 3 tbsp extra-virgin olive oil, 1 tbsp kosher salt, 3 good turns of freshly ground black pepper, and the zest of 1 lemon. Mix together, and put on the baking sheet. Set aside until time to put in the oven.

Cook the shrimp: Add the sheet tray of shrimp to the oven, and cook for 8-10 minutes, or until the shrimp slightly seize up, turn a slightly golden-brown on the outside and light pink on the inside. Remove from the oven and set aside.

Once the pasta water has reached a rolling boil, add a hefty dash of kosher salt; this will help flavor your pasta before you add the pesto to it, and will help make sure you don’t over-salt it later on. Add the orecchiette, and stir. If the orecchiette are sticking together, add a glug of olive oil, and stir, to help keep the individual pieces separate. Cook for 2 minutes less than the box directions, or until al dente (literally meaning “to the tooth,” or the sensation when you try the pasta that it has a full body and isn’t either raw or completely cooked through).

Assemble: Once the pasta is cooked, drain it, reserving the pasta water (it’s an ingredient in its own right!) and add to a large serving bowl. Immediately add the two remaining cups of shredded parmesan cheese to the pasta, and stir together, until the pasta is entirely coated in the cheese. (Enjoy the parmesan steam facial that will ensue while you mix.) Add the pesto sauce, and stir to cover the pasta. (The idea is that the cheese sticks to the pasta, which then sticks to the sauce even better.) If your pasta doesn’t look thick enough, or the pesto and cheese and orecchiette aren’t mixing together well enough, add a ladle-full of pasta water — seriously! Pasta water is basically gluten-rich water. Don’t fret — it won’t make your pasta too wet or runny; in fact, it will help you achieve that perfectly “sauced” consistency for your pasta dish. Taste, and add any more salt or freshly ground black pepper to taste. Finally, top with the roasted shrimp and a few leaves of fresh basil. 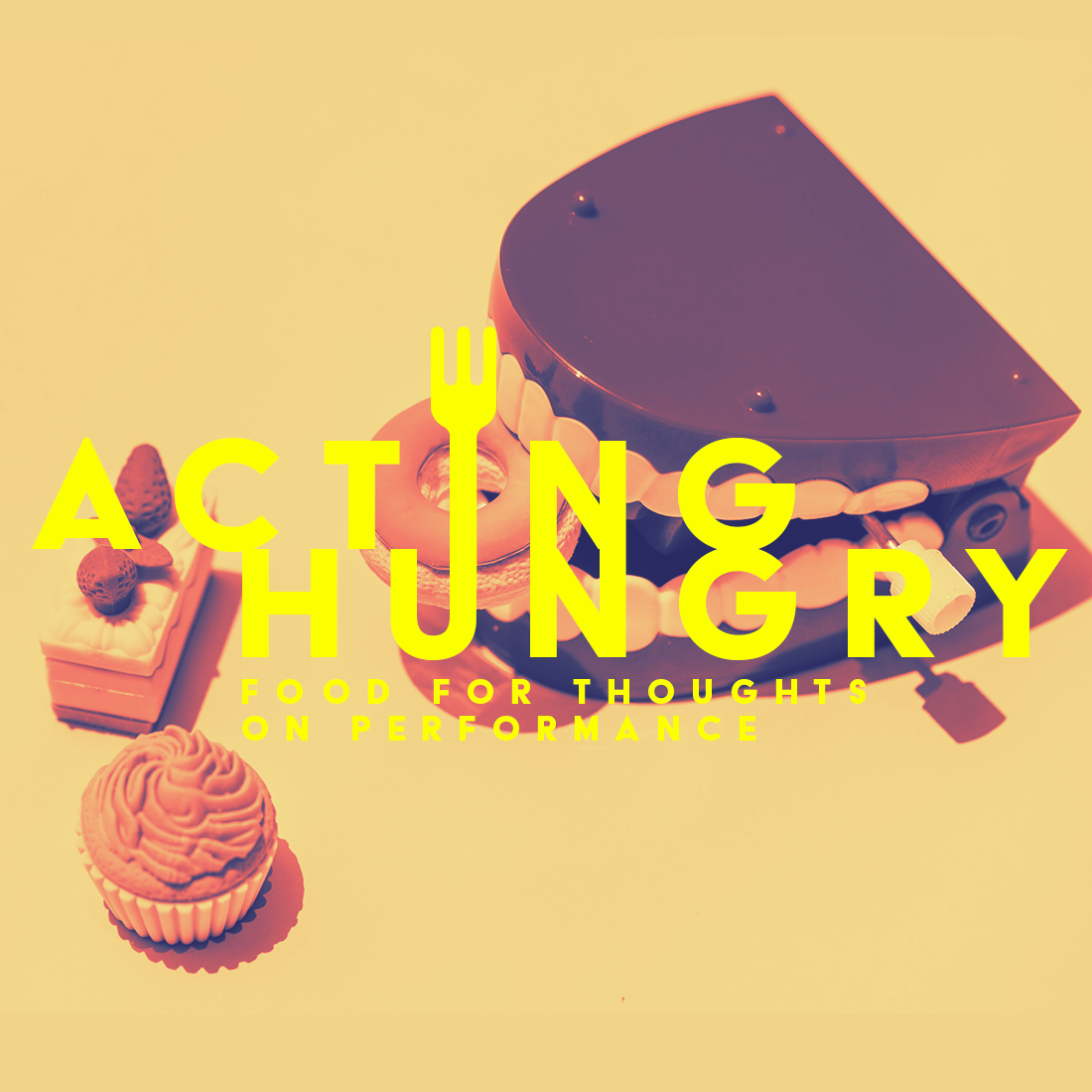