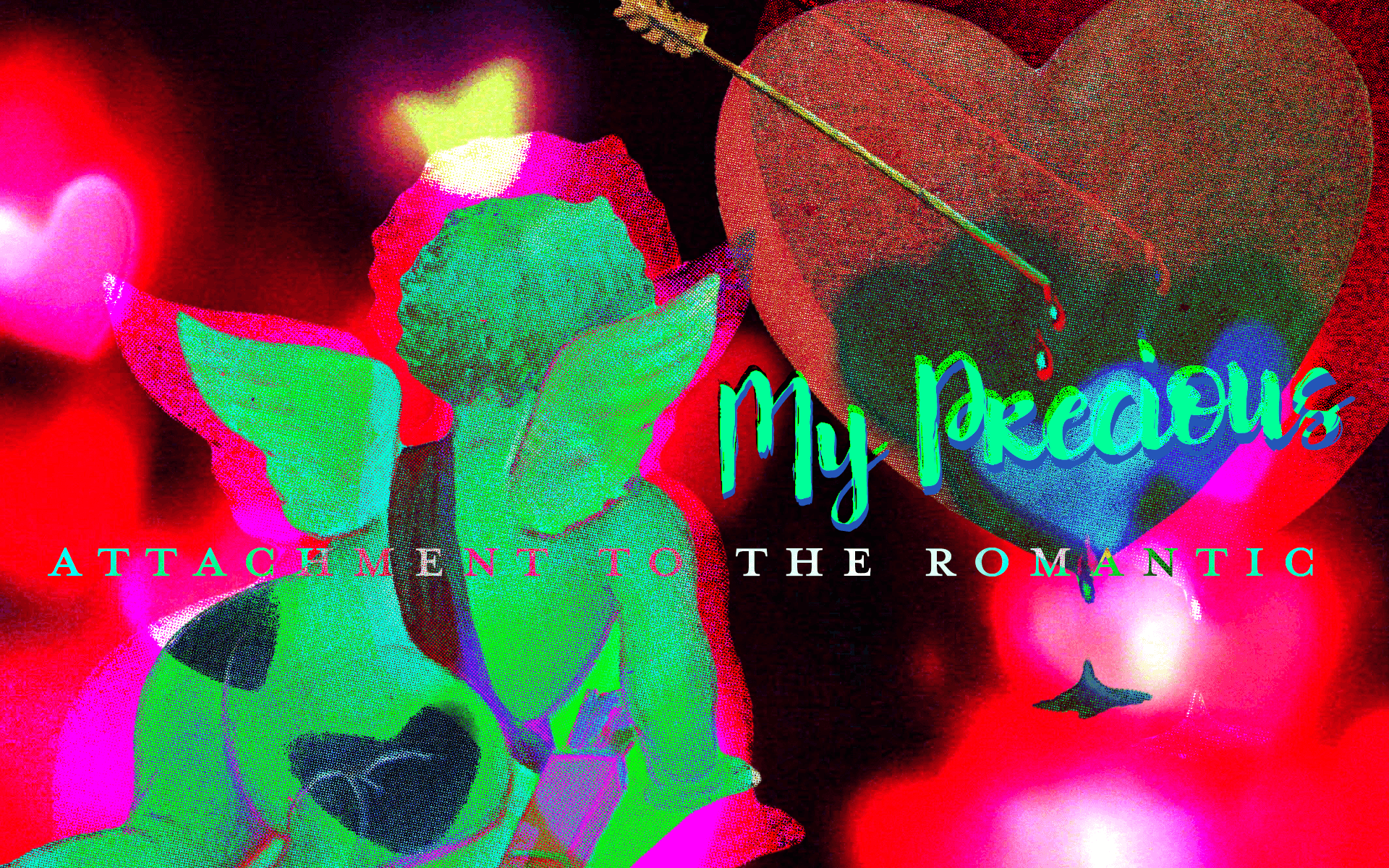 In this issue we talk to Indonesian journalist and actress Marissa Anita about her most recent — and critically acclaimed role — in the Indonesian independent film Istirahatlah Kata-Kata (Solo, Solitude in English). The film captures a moment in the life of Indonesian radical poet-cum-activist Wiji Thukul, a leading figure in the pro-democracy protests against the authoritarian New Order regime of President Suharto during the 1980s and 1990s. Thukul disappeared in 1998 during the infamous riots across the country, which toppled Suharto and initiated a turbulent transition into democracy for Indonesia. Anita played the role of Wiji’s wife Sipon in the movie.

Hi Marissa, thanks for making the time to do this interview!

What do you think being a “romantic” is about?

Looking at his eyes and not taking my sight off him as he walks towards me. I do this, mindfully. It’s like taking a picture of your loved one in your mind and have the picture stays there.

Do you think the idea of romance — however you want to interpret it — is dead?

Nope. I think humans are naturally romantic. We need romance to keep going. It makes us feel good and connected.

Is it dangerous, you think, to be “romantic” when it comes to politics?

If romantic means putting history into a beautiful story, telling it in a way that is relatable to the audience’s emotion, then it’s not dangerous.

We cannot ignore the history behind this movie: Wiji disappeared within our lifetimes and the government has, so far, done nothing to properly investigate his disappearance. Over the years, Wiji has become a cult figure among the activists, poets, and the youth — one can almost say he has become a ‘romantic’ tragic hero.

Was it difficult to deal with a subject and time period that is still very raw in a lot of people’s minds — in particular when others have a certain interpretation (perhaps romantic, perhaps not) of that time that they do not wish to be changed or questioned?

When I agreed to be involved in this film, it was because I trusted the director [Yosep Anggi Noen], I liked his previous work, and it was a film about Wiji Thukul. The decision-making [process] was as simple as that. As an actress, I was given trust by my director to try to portray Sipon emotionally at that time. My job was to present a performance that hopefully would resonate with the audiences. TEMPO [Indonesia’s premier news magazine] gave the movie, the actor [playing Wiji, Gunawan Maryanto], the director and I their yearly award for best movie, actor, director, and actress. So I guess we did a pretty good job presenting a film that resonates with the audiences’ emotions!

How do you think this movie responds to that “myth of personality” around Wiji, as the radical activist disappeared by the authoritarian regime?

This film portrays a side that most of us have never witnessed from Wiji. That to be on the run — a fugitive — can be lonely.

Is there romance in that loneliness?

[Perhaps in the] enduring love of Sipon towards Wiji despite the challenges they faced from the regime in that period.

Moving on to your character Sipon and her relationship with her fugitive husband Wiji:

How do you think people and/or history have viewed Sipon ever since Wiji disappeared? Is there a similar “myth of personality” around her, perhaps a romantic one as the wife who survived? Sipon with a portrait of her husband Wiji | Source: Jurnal Ari

I have never met Sipon in person. My interpretation of Sipon was what was created through my research via stories written by and a documentary made by fellow journalists. My producer and director did not allow me to meet Sipon because Sipon then and now are very different. [The] Sipon before and [the Sipon] after Wiji went missing are different [people]. I interpreted her emotions by trying to imagine myself being in her shoes. Imagining myself having an activist husband who I love very dearly, knowing full well he needs to be the poet that he was, allowing him to be what gives meaning to his life but also very aware of the risk he and the whole family is taking.

Of course, my interpretation only represents a small part of what and how she really feels.

What was the most difficult element of portraying Sipon’s love and/or relationship to Wiji?

The accent. Sipon speaks with Central Javanese accent. I’m used to East Javanese accent as I was born in Surabaya. I know this is more of a technical challenge. [But] I’m grateful for the fact that I so far have had the ability to portray the emotions of the roles I have played in theatre and films. I guess it has something to do with my past and present. Let’s just say that I have had my emotions stretched to so many directions that these life experiences help me to try to understand the characters I have played so far.

A lot of people would suggest that the time period chosen for this movie — Wiji on the run — is rather “undramatic” on screen. How do you create drama in those more ‘silent’ moments?

I love pregnant pauses [when] placed effectively. During pregnant pauses is usually the time when we really pay attention. I think pregnant pauses can say a lot of things and present something that can have different and more nuanced emotional effects on the audiences.

How do you think we can take the lessons we’ve learned from Wiji and Sipon’s lives in recognizing our relationship with one another and society at large, government included?

To never forget how precious our own democracy is. It’s young and, yes, it’s imperfect, but we are here to nurture it.

A mural in Jakarta featuring Wiji and a quote by him, which translates to “Do not imprison your words / For if you succumb to fear / We will only lengthen the long line of slavery” | Source: © Bisnis Wisata

What is your personal hope for this movie?

I hope this film will move the audiences. We should never underestimate the power of people who are moved emotionally. When the heart is moved, action is only a step away.

What are you up to now, and what can we expect from you in the future?

I’m currently studying again, taking my second master’s degree (after 10 years!) in Digital Media and Society at Loughborough University in the U.K. It’s a lot of analysis and essay writing on digital social phenomenon, which I find extremely fascinating! I get tired, though, doing a lot of essays. There are days when I feel demotivated, especially when the sky is gloomy. But I know all this stress is good as I’m being stretched intellectually — which I hope will be highly useful when I return to Indonesia and resume my career in journalism.

Thank you so much for your time Marissa, and best of luck with your studies!

She is a journalist, TV anchor, and regular of Jakarta Players, a community theatre group in Jakarta, Indonesia. She has appeared in numerous feature films and independent films as well as the HBO Asia series, Halfworlds. 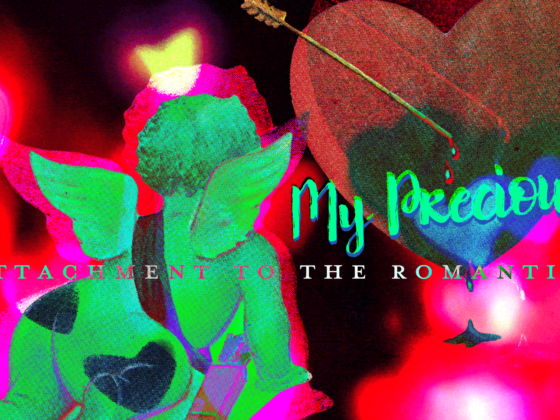