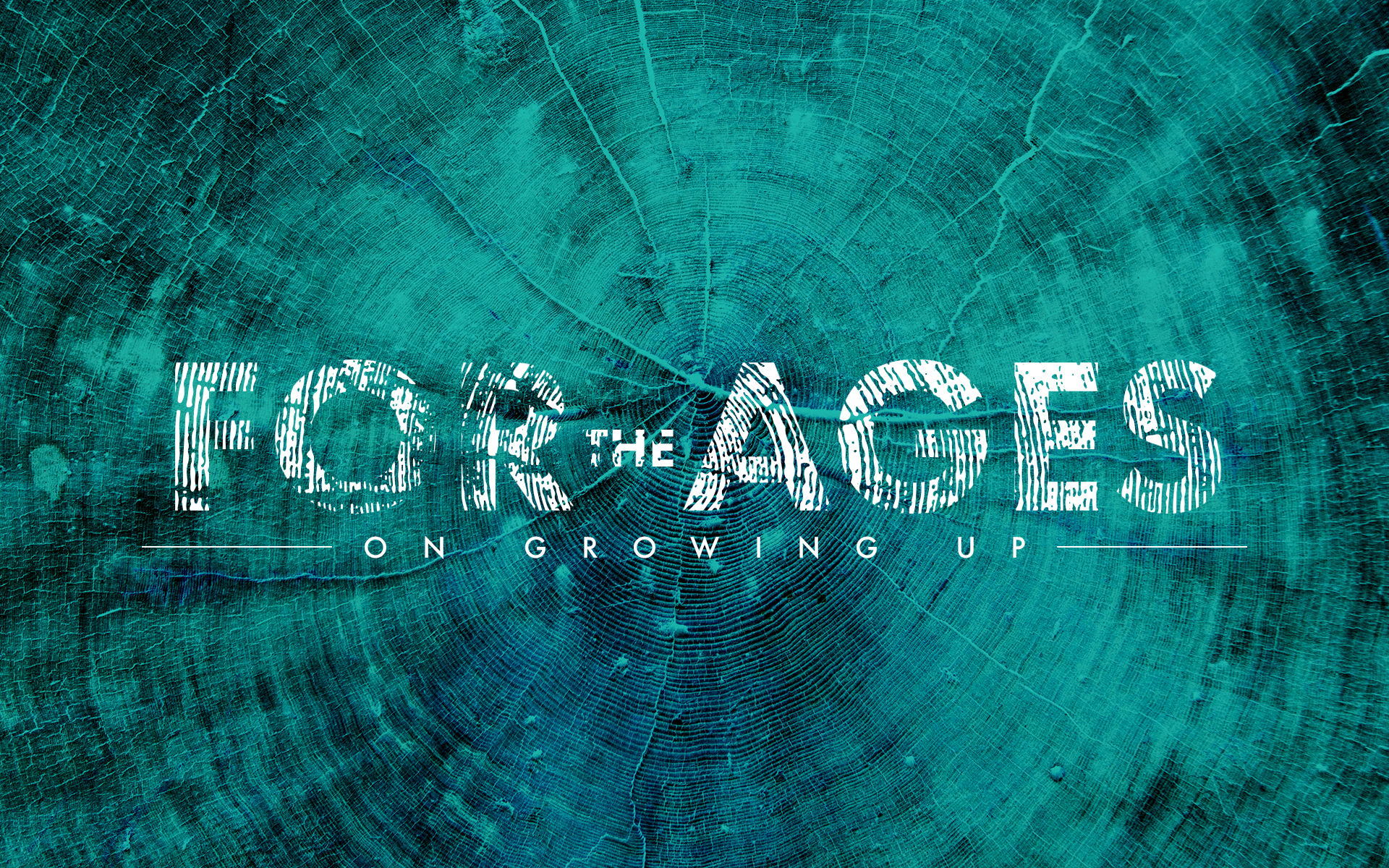 In this issue, we talk to Meghan Salomon-Amend, a psychology graduate student at Northwestern, about her work on people’s difficulty in predicting future events, optimism, and the future self.

Hi Meghan, thanks for making the time to do this interview!

I started doing research in college, in memory and memory for events. I talked to my advisor and I said, “Could I do this?” He said, “This is what I do for a living, so why not?” I’m interested in how we think, how we reason, what happens when reasoning goes wrong, or what happens when we have bad information, and why we would rely on that bad information. A lot of my [research] path has been colored by when we make mistakes. I was interested in why we make bad memories for things, or we’re unable to recall or recognize what we’ve already seen. Could you talk about why we’re bad at guessing the future?

There are quite a few reasons. One large area examines the future self. The future self is this very fuzzy, elusive character, and we all have one, but we’re somehow unable to connect with it in this way that’s very meaningful. We project abilities onto our future self that we don’t have.

The psychology of your future self (Dan Gilbert) | Source: © TED/YouTube

There’s one study I really love because it’s so funny. They give participants this unsavory drink – it’s a mixture of ketchup and vinegar, and it’s really disgusting. [The researchers] say, “How much can you drink of this right now?” The participants say, “Maybe a tablespoon.” The [researchers] said, “How much this could you drink in the future?” And the [participants] say, “Maybe a third cup.” They also asked participants “How much do you think another person could drink of this substance?” [Participants] say, “About a third cup.” What you’re doing is extrapolating your future self to be almost someone else. This creates a lot of difficulty in how we think about future events for ourselves.

Can you tell me a bit about your dissertation research?

I’m interested in this idea of the future self, and the decisions that the future self has to make, and why there is this disconnect between our present self and our future self. I’m thinking about why people think that certain activities lead to more successful outcomes in the future, simply by a product of it being the future. I’m look[ing] at these situations in which people actually cannot perform better in the future: luck-based scenarios like predicting a coin-flip or predicting a die-roll, where the probability of succeeding is set. You’re probably going to be able to predict [the coin toss] at about fifty percent, and to think that you can do better would indicate irrationality.

I find that when I ask people how well their future self will do at predicting coin flips, they think they’ll do better than chance. The future self seems to be able to violate probability in a way the current self knows cannot happen. So I’m looking at why people think that this future self can get better over time.

Is it a general sense that the future is a better place than now, or is it about the self?

In one of my experiments I’ve asked people, “Imagine that you’re predicting the coin flip, and how well will you be able to predict the coin flip in the future.” I ask another set of participants, “Imagine we’re going to engage in a coin-flipping task, and every time it lands on heads, you win. How many wins do you think you’ll have going into the future?” People who were asked to predict the coin flip believe they’ll do much better than the group who gets heads by default. Perhaps there is general optimism out there, but when your future self is able to engage in that future world, you believe better things will happen.

Can you talk a little about how you think this would relate to behaviors that could be skill-based versus luck-based?

I’m looking at that issue in my dissertation, and I haven’t gotten to that point yet, but what I intend to do is [to] ask people about luck-based questions — like predicting coin flips or predicting die rolls — and also skill-based things, like repairing a car or woodworking. These are things that demand a lot of skill and not a lot of luck to do. I’m [mainly] looking at luck-based stimuli now because that’s highly constrained and highly controlled.

What sort of implications do you think this has for people outside the lab? How do you think it relates to [choices besides] heavily-controlled stimuli?

I think it applies in a lot of ways, to a lot of activities that we do or have going on in our daily lives. I don’t know that taking a step back and thinking, “This is really all about luck” is that constructive for daily life.

When you’re making a big decision, [does] the forecasting stuff you’re talking about affect the [way you make] that decision? Picking a college, getting married, all of these things that have really long outcomes — you’re not going to get feedback on how good your decision was for an incredibly long time.

Your future self in a month is already very nebulous, so your future self in three years will be very nebulous. For example, yesterday I went to a doctor’s appointment, and they said, “We’re going to schedule a follow up in a year.” And I said, “February 26th, sounds good.” I didn’t pull out my calendar, and if I was scheduling an appointment for three months later, I would have been looking through my calendar. There’s something about [thinking,] “My future self is going to have to worry about that.”

One phenomenon that has been talked about before [is] the rose-colored glasses. [In a study,] students were going on this two-week bike trip. Before they went, the researchers ask them, “Are you excited about this? How do you think it’s going to go?” Generally things [that the students said] were very positive. Later, when they were on the bike trip, researchers asked them, “How’s it going? What do you think about it? Is it like about what you expected it to be?” The participants said, “It’s OK. It’s not as great as I thought it was going to be… It’s a lot of work, I feel dirty all the time.”

Two weeks after the bike trip, researchers came back and said, “Tell me about the bike trip, what did you think? Did you like it? Did it meet your expectations?” Participants were like, “It was great. It was wonderful. It was a great bike trip. I’d do it again.”

How people thought about this upcoming event matched how they thought about it afterwards but it wasn’t actually representative of the event itself, in the moment. There’s something about this idea that something’s going to happen in the future. It’s probably not going to go as well as you predicted. I think there’s something about looking back on something and saying, “That was a good decision. What I did back there was good.” And I think there’s something to do with creating this line between the decision I made back here, and where I am today, and wanting that line to be as projected to be.

Do you think [irrational optimism about probabilistic luck] is bad or good? Maladaptive or adaptive? [But] in some ways, it’s adaptive. It says, “This may or may not go well but I’ll give it a shot and see what happens.” It gives us this happy-go-lucky attitude in ways where being completely rational would freeze us. But it also leads us into dangers where we think we have a little more control or power over things that may be economically detrimental.

Is it responsive to feedback?

[In the] early stages on my dissertation, it’s not responsive to feedback. There’s a lot of evidence that the things we do in our normal lives aren’t responsive — you try to do something and you again fail. I do think that people are clever in the sense that when they recognize repeated failure they can create things to adapt and combat the failure. So if you buy this gym membership and you find that you’re not going to the gym, maybe you tell your friend, “Hey, friend, let’s go to the gym together and we can do this together.” In some ways if we are able to succeed it’s because we’ve constructed things we already know we’re good at.

Meghan is a doctoral candidate at Northwestern University in the Cognitive Psychology program. Her research focuses on the mistakes we have made and the mistakes we will make: she investigates factors that make us more or less susceptible to inaccurate information about the world around us and our self that navigates it. Her nascent dissertation seeks to understand our irrational projections of our future self. She hopes that this dissertation project will lead her down a path of research that her future self will enjoy… but we’ll see. 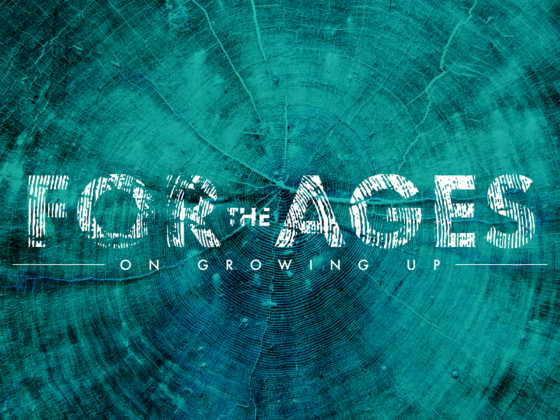