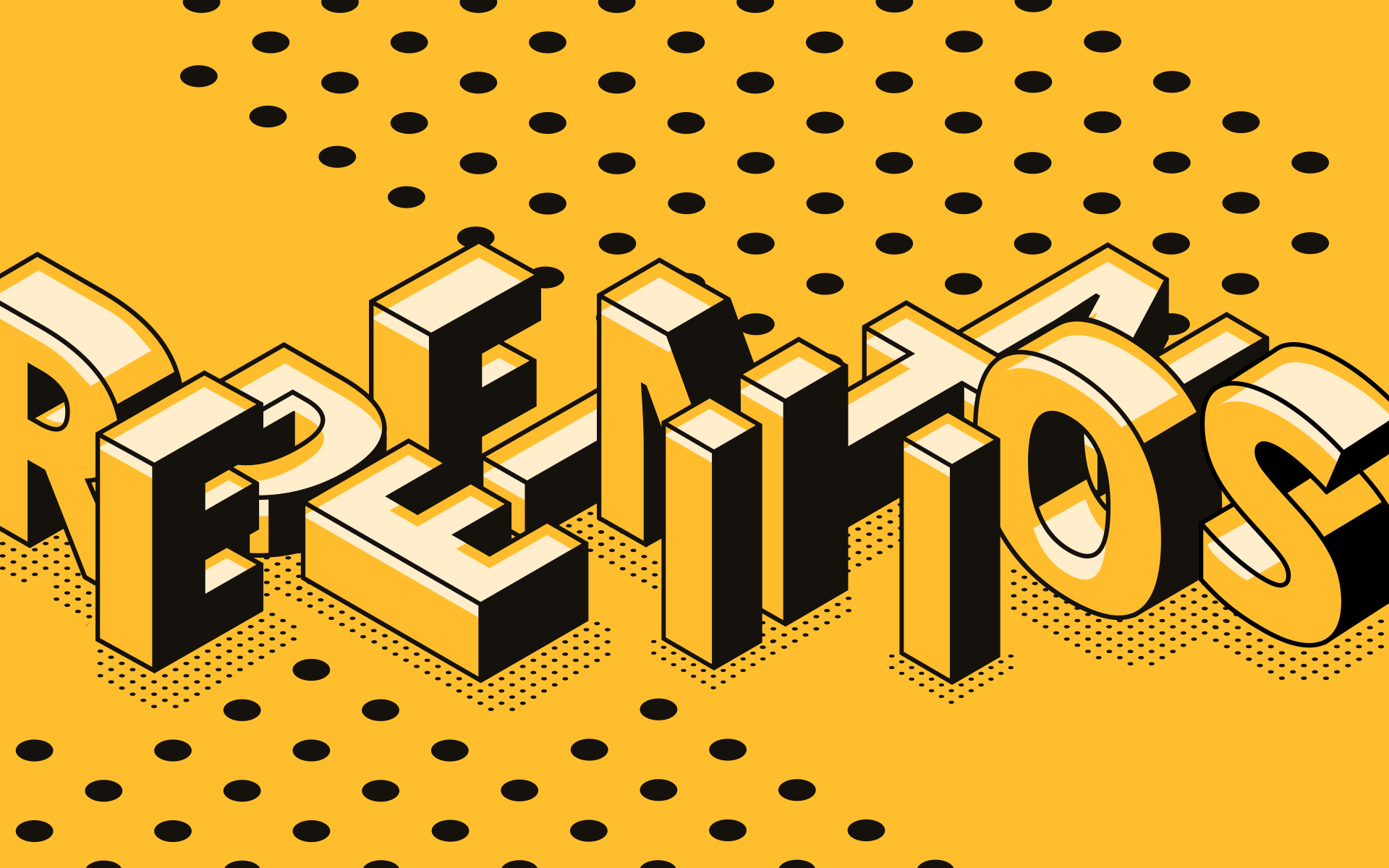 I breathe in slowly. I let the cigarette smoke sit in my mouth for a little, tickling my gums. Then it enters my throat and my brain, and I am calm. I don’t want you to think I’m a smoker. That would be misrepresenting me. I am not that cool. I am just smoking because I’m a little nervous. I’ll joke here and there about being sad. Am I still sad? I don’t know, aren’t we all?

I look down to see my sister’s new puppy, Baby, whimpering a little. She was a shelter pup, a little bit on the young side. She was found in a cage on the side of a river somewhere in Alabama. When we got out of the apartment on Milwaukee she whimpered like she always does. I always try to tell her that facing our fears is what life’s about! She never seems to be listening.

“Oh Baby, just chill out a little. None of this will matter in a week, you’ll see.” I take another drag.

She looks at me and backs up into the door. I sigh dramatically, put the cigarette out against a wall and place it back in the packet, because it is unfinished, and because, as a nonsmoker, there’s no point wasting a little bit of fun once in a while.

I pick her up and carry her to a quieter street. Wicker Park during the height of America’s war with itself and the coronavirus pandemic is filled with young professionals dragging or being dragged by their freshly adopted shelter dogs. Brown townhouses stand elegantly next to each other, decked out for Christmas, only slightly competing with each other. It’s January, don’t they know Christmas is over? Either way, I decide, I don’t hate it. It’s a positive social externality. A negative externality because of its energy consumption.

The view, the houses pressed against each other, the city streets, the train rumbling along it all has the same effect that the cigarette smoke has on me. People walking their dogs, people going to work. People pulling up their masks, which sometimes annoyingly drop below their noses. No one waves at me or anything and if they do, it’s because of the dog.

It all means so much to me. I love urban space. I love how storied everything is here and how anonymous and unnoticed I am. I am just an individual person trying to get my sister’s dog to enjoy the frigid outdoors. I think, maybe today I am not that sad.

I breathe in cold air and breathe out. Baby finds a patch of grass and we run around, and I crouch down and feel the cold Chicago soil for the first time with her. It’s actually her first time on soil and she dances a little while running. I try to touch it again to imagine what she is thinking.

Unfortunately, Baby likes eating random shit off the ground more than she likes running, and so the play date finishes quickly. We run back home. I wipe her butt and clean her paws. She goes to drink some water and I go and cry in the bathroom and talk to my mom.

I’m working on my Master’s thesis, but really, I’m looking up details about Love Island contestants. I came to Chicago a few weeks ago to escape from something that ended up being inescapable. And now I’m here, with my sister but numb to myself.

I flip to The New York Times and read the headline on the landing page. I freeze for a moment before walking to the living room where my sister is working. I turn on the TV, anxiously getting to the news.

And there it is. In all its glory. Mob rule, anger, recklessness. My sister and I sit in silence as we watch it getting angrier and angrier. We watch a steady howl of conspiracy theories and fear mongering, both wondering the same thing.

Why have our lives led us here, to be embedded in it? To run away from a country with deep divides and acts of tyranny only to come to a newer, more expensive one? We know it’s not that extreme, objectively. We know we’ve met good people, had good opportunities, but in different ways, both of us in the past four years have felt like pinball balls.

Later that evening people at my sister’s job hold a town hall for it, and they all talk about what led to it, how to argue about the truth, what makes nontruths truths. I lie in a ball on her bed with Baby next to me, wishing that I was her.

My sister and I are walking to get tacos. Wicker Park has great tacos, in case you were wondering. Is this humorless that on a day like today we just want to eat tacos? Isn’t everyone suffering? Wouldn’t the people selling and making tacos just like to shut down and eat tacos?

I don’t know, but I think about it as I bite into mine back at home.

My sister and I talk to our parents and go to sleep.

As I lie in bed I say to my sister, “This place is poisoned. It’s the money. It’s the obsession with land owning and the inability of the poor to own land. It’s the obsession with and fear of sex. It’s the winning, it’s all the winning and the nothingness of losing. I’m in it too – I have all the symptoms. Fear and love and sexualization of the dollar. Feeling like a loser has made me feel depressed, has made me anxious and numb to my surroundings.”

She’s silent for a bit, before saying, “I think you might be right.”

I spent a lot of time on Wikipedia looking up traditional medicine. Ayurveda emphasizes balance. Chinese herbalism’s philosophy is based on yin-yang — opposite forces might be complementary in our bodies. Who knows, it might be wrong and I am just trying to gather meaning from pseudo-science. Not everything can be so wrong, you know?

I spent the second half of the day doing this, because today was another day in which I thought, maybe I am not sad anymore. We listened to a poem by a woman about the future of America. She described the nation as one that “isn’t broken / but simply unfinished”. It’s just good and bad at the same time, isn’t it that simple? Aren’t we all?

My sister and I are going for a walk to decompress. Baby is getting more confident on her leash, except for when she hears loud trucks in which case she cowers back to my sister.

We pass by a woman standing out in the cold asking for donations for Black trans youth. My sister and I talk about their organization for a bit, and we make a donation. We walk along Milwaukee. Parts of Wicker Park look like they could be in any American city. A Club Monaco, an ice cream store that sells $5 cones. Cities can be so cruel to people’s memories. But you know, the big-bad-developers, they never do a complete job. There are still book and music stores that look like they’ve been around for a while. There are some people who could tell you what Chicago used to be like, whether you like it or not.

And maybe the ice cream isn’t the root of the City’s problems. It’s part of the other side (is it fire or is it water, I have yet to determine, but it’s not too dependent on whether or not you like ice cream). Nothing has to be so good or so bad today. That’s what it feels like. Nothing is good, nothing is bad, it’s just seeking balance somehow (how new-age am I?).

“Remember what I was saying about being here and about there being poison here?”

My sister looks my way and says, “Sure.”

My sister laughs, “That’s not too heartening.”

“Well, you have it too, you know. We just need to get used to living with it.”

‘The Hill We Climb’ by Amanda Gorman | Source: © PBS NewsHour/YouTube a letter to white people 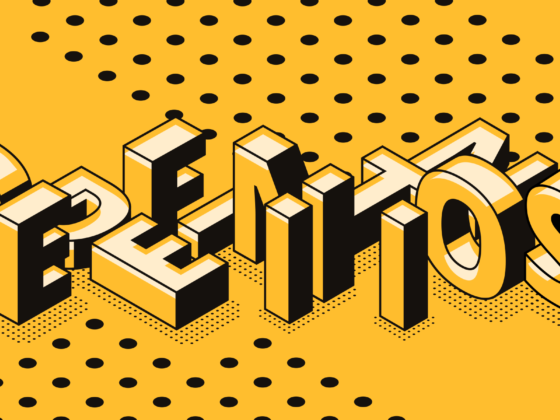